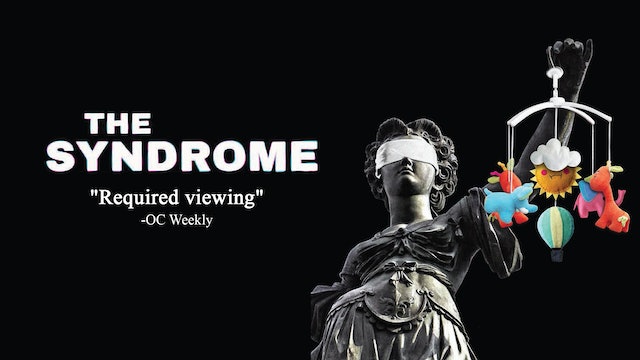 A mother of three spent 11 years in prison for killing a baby she never harmed. That’s what happens when widely held beliefs based on junk science lead to the convictions of innocent people. The explosive documentary The Syndrome follows the crusade of a group of doctors, scientists, and legal scholars who have uncovered that “Shaken Baby Syndrome,” a child abuse theory used in hundreds of U.S. prosecutions each year, is not scientifically valid. In fact, they say, it doesn’t exist. Filmmaker Meryl Goldsmith and national award-winning investigative reporter Susan Goldsmith document the unimaginable nightmare for those accused and focus on the men and women dedicating their lives to defending the prosecuted and freeing the convicted. How did the myth of “SBS” begin and who are the shocking people behind it who have built careers and profited from the theory? Both are unflinchingly identified. Shaken baby proponents want to silence their critics even as countless lives are ruined.

Right-click this and copy the link address.

Watch on your Television

Watch on your Computer